Social Offline Food Review : Stop By For a Drink

Riyaaz Amlani (from the fame of Mocha cafe and Smoke House Deli) recently unveiled his latest venture, Social Offline, in Bangalore and Delhi. There was a time when Mocha was the thing. Well, that coffee house seems pale in comparison to what Impressario (Riyaaz’s company) has to offer today. We checked out the Hauz Khas Social. They’ve managed to score themselves an excellent spot; the only cafe around where you don’t have to climb endless flights of stairs to get a good view of the lake. If you haven’t already read the detailed space review on Trend Police, then allow me to give you a quick walk-through.

Social Offline offers you an office set-up, which is everything unlike a serious business space. Here, the lines between work and play are blurred. Picture an open living room, communal tables, eclectic wooden furniture, with a well-thought out menu of food and cocktails. If you’re a freelance writer who believes in the Write-Drunk-Edit-Sober School of Thought. You know where to head.

Since they’ve created a laze space for people to stay throughout the day, EBR needs to make sure that the food and drinks are upto the mark. Here’s all that you need to know before you drop in for a visit: Since I’d already heard rave reviews about the food at Church Street Social in Bangalore, I decided to skip breakfast. Famished, before I noticed the decor (quirky) or the view (gorgeous), I reached for the menu. Unfortunately it took me another fifteen minutes before I could narrow down what I’d like to eat. Their super extensive food and drinks listing managed to make my decision tough.

Unrestricted to a certain cuisine, the team seems to have had a good time preparing the dishes, meddling with traditional recipes. They’ve fused flavours we’d never imagined could blend. Case in Point: They’ve added Mango aachar to their caprioska and are serving batter fried calamari topped with gunpowder. They do have a few traditional dishes (chicken wings), but it’s fun to experiment with the unfamiliar. The variety of ingredients used in the menu is also commendable – from sriaja, gunpowder, peri peri to the vindaloo paste. The mix and match of flavours has worked in their favour.

The plating is equally quirky and unorthodox. Expect your dishes to be served on gramophone records, enamel plates and even wooden chopping boards. The drinks in miniature bath tubs, beakers or traditional martabans. Each dish has been styled uniquely, adding an element of surprise. Okay, getting down to business – how good is the food?  The names might be creative, and the dishes unconventional. But at EBR, it all narrows down to the taste and flavour.

In terms of service, our first waiter struggled to suggest the right dish and excused himself quickly. Overall, they were attentive and once the right guy was found, he had plenty of recommendations for everyone at the table. The food arrived soon, so no complaints in that department. I’ve always regarded cocktails as ones with too much fluff and too little quantity. But the ‘Social Signatures’ managed to lure me and with a little help from my friends, I tried a few.

Warning: They’re liberal with the alcohol. The buzz well dressed in flavour, tends to sneak up on you. If you share my opinion about cocktails, then you could stick to the regular classics. They offer some interesting imported poisons.

We also tried their milkshakes: 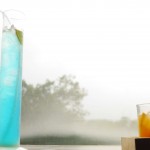 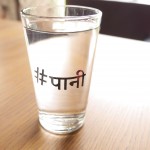 Liberal use of hashtags 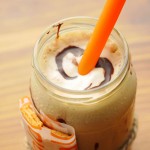 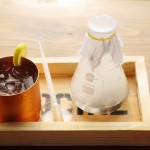 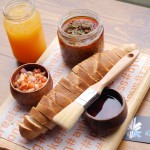 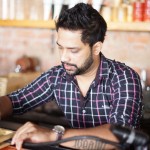 The effort gone behind building an interesting menu shines through. The team seems to have made it their mission to make the food and drinks an experience rather than just an ordinary meal. The one thing sorely missed on the menu was a section dedicated to cakes, cookies and cupcakes. When sipping on a piping cuppa, a gooey red velvet slice on the side would be more than welcome.

We’d recommend you visit the Hauz Khas Social with a large group of friends and try out several dishes. Each option on their menu is customised and their prices won’t pinch your pockets. The endless list is fit for freelancers, who would spend hours parked on the couch struggling to meet deadlines and at the same time, appropriate for a night out bar hopping.

And now, presenting our first food and drinks video review: We speak to Shishir Rane, their Brand Experience Manager, as he serves up some of Social’s delicious cocktails. Check it out:

Nitya is a Fashion Geek and a girl who is excited by the awesome, she loves her burgers and cannot get enough of them. She heads content at iGyaan Network and iGyaan Publishing. Find her on twitter below.